What happens when an order is changed?

Case 1: The user has not launched his campaigns

If a user has not launched his campaigns. That is to say that he has not clicked on :  "Launch the preparation of my campaigns", he will be able to modify his campaigns as he wishes. The changes will then be automatically applied to the order.

The user will be able to see these changes by looking at the generation of example e-mails. 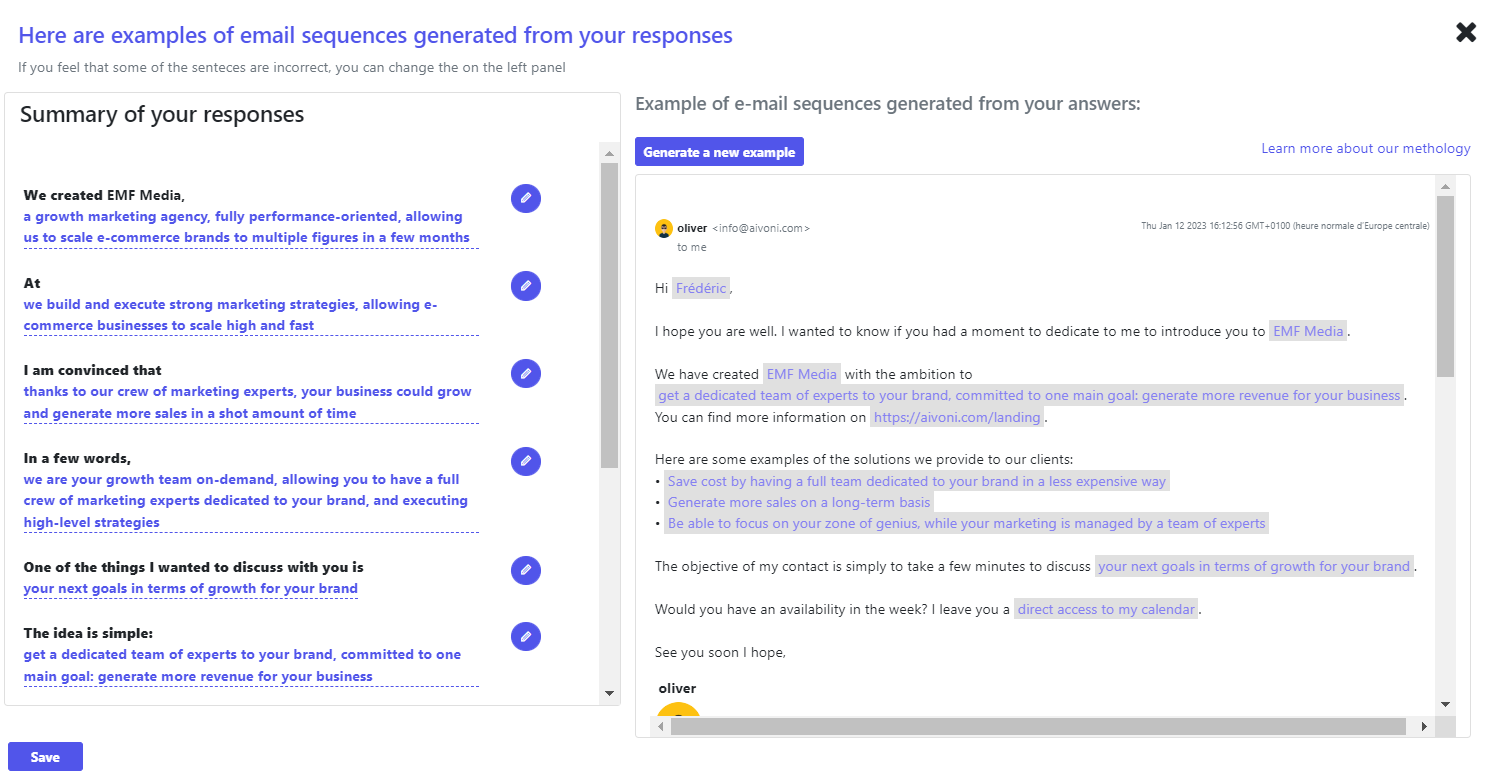 In terms of targeting, he will be able to see the changes directly from the sample of prospects he will be offered.

Case 2: The user has launched his campaigns

First of all, it should be remembered that a user cannot modify an order once it has been launched. In other words, once the user has clicked on :"Start preparing my campaigns".

If a user wishes to modify an order in progress, they will have to go through their account manager, so that the latter can translate the user's wishes directly from their administrator interface. The user can simply send an email to communicate the changes to be made. They can also schedule a video conference with their account manager.

Once the changes have been made, they will be applied to all new prospects that are engaged in the email sequences.